In the Daily Deal Marketplace, I’d Bet on Scoutmob 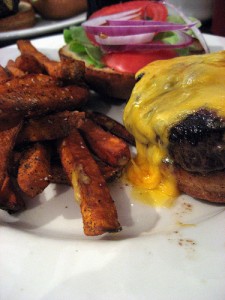 Groupon and LivingSocial are unquestionably the market leaders in the daily deal marketplace.

As a blog post on blog.comscore.com, titled “Groupon, LivingSocial Grabbing Different Segments of the Daily Deal Marketplace,” points out, “The daily deal industry is busy, to be sure. There are hundreds of regional and internet-based competitors in the space, with one of the newest entrants being Glenn Beck’s Markdown.com. Anyone and everyone, it seems, is trying to grab a piece of the pie. But despite the deluge of new entrants, the market is not necessarily crowded – especially at the top. The tail is long and fragmented and Groupon and LivingSocial sit as gorillas among ants, accounting for over 90% of all visits among all group buying websites tracked by comScore. Among the top daily deal sites, we notice a significant drop-off after the top two players.”

Survival of the Fittest

As comScore pointed out in their blog post, there are hundreds of sites that are offering daily deals to consumers.

Although there is a demand for this type of service, success is not guaranteed.

Recently, the social media giant known as Facebook announced that it was getting out the daily deals business just four months after it began testing Facebook Deals.

And, while Yelp is not completely discontinuing Yelp Deals, it announced that it will be scaling it back.

An article on businessweek.com, titled “Yelp Follows Facebook in Scaling Back Daily-Deal Service,” has some insights into why these two well-known social networking sites decided to scale back their daily deal offerings.

The article points out that the big players are getting out of the daily deal business because it does not make a dent on their revenue numbers.

The article also mentions that, “More than half, or 52 percent, of U.S. consumers who use daily-deal services say they feel “overwhelmed” by the number of e-mails they receive about deals on a daily basis, according to a survey conducted earlier this year by PriceGrabber, a division of Experian Plc. About 60 percent of people surveyed said they feel the daily-deal industry is too crowded.”

For smaller daily deal sites to survive in the long run, they are going to have to find a way to differentiate themselves from the competition.

In my opinion, Scoutmob is doing just that.

Scoutmob puts a slightly different twist on the daily deal.

From a consumer standpoint, Scoutmob eliminates the commitment. That is, you don’t need to pay up front to receive Scoutmob’s daily deal.

As Scoutmob’s FAQs explain, “Well, if you’re worried about being committed to a deal, then chill; unlike other deal sites, we don’t require you to give us your credit card information, any cash money, or your first-born child. Ever. All we need from you is a mobile phone number where we can send the deal — it’s just like a virtual pinky swear that you intend to use the deal some time in the near future. And we promise to never, ever, ever spam you. See? Not so scary.”

“You read the email, you like the deal, you send it to your phone. No need to print, no need to pay ahead. Just good old-fashioned deal-getting on your mobile.”

“Deals move fast. You have limited time to claim them but a longer amount of time to actually use our deals. So you best be checking your email daily.”

“Our scouts are bringing you the scoop on the people, places, and events worth knowing around town.”

“Do it again tomorrow.”

And, if you have a smartphone, Scoutmob’s iPhone and Android apps make it even easier.

When you install Scoutmob’s app on your smartphone, all the current deals are automatically available to you. Therefore, there is no need to check Scoutmob’s daily email. Plus, you get “Return Perks” when you use Scoutmob’s deals via their app.

How Scoutmob Works for Local Businesses

Although more people are currently using Groupon and LivingSocial, Scoutmob can compete on price.

According to a blog post on blogs.reuters.com, titled “Scoutmob tries to outdeal Groupon,” Scoutmob makes their deals free to consumers and only charges local business owners $2 per converted customer. In comparison, Groupon takes a percentage of the sale for its deals (on a typical $25-for-$50-worth-of-food coupon, Groupon charges $12.50.)

Groupon and LivingSocial are the current market leaders in the daily deal marketplace.

However, there are many other daily deal sites out there.

If some of these smaller sites are going achieve long-term success, they are going to have to differentiate themselves from their competitors.

In my opinion, Scoutmob’s approach to the daily deal gives them an edge over some of the other sites.

Scoutmob doesn’t require that you purchase anything up front.

Therefore, it eliminates the need to plan ahead.

And, Scoutmob’s iPhone and Android apps deliver all of the active deals to users’ smartphones, thus eliminating the need for consumers to check their email to receive the daily deal.

What this adds up to is an increased likelihood that consumers will use a Scoutmob deal that is being offered by a local restaurant or merchant spontaneously. That’s a win-win-win for the consumer, the restaurant or merchant, and Scoutmob. (Note: Groupon offers Groupon Now!, but in my opinion Scoutmob is easier to use. Plus, Scoutmob’s deals can be claimed over a long period of time, while Groupon Now! usually requires that you use the coupon on the day of purchase.)

Furthermore, Scoutmob only charges local restaurants and merchants a nominal per-customer fee to offer a deal on their site.

With some of the bad press that Groupon has been getting from both the consumer and business standpoint, it makes me wonder if they can remain on the top of the heap in the long run with their current business model.

In my opinion, Scoutmob is a better deal for both the consumer and the restaurants and merchants that it partners with.

It is for that reason, when looking to identify a company that will achieve long-term success in the daily deal marketplace, I’d place my bets on Scoutmob.