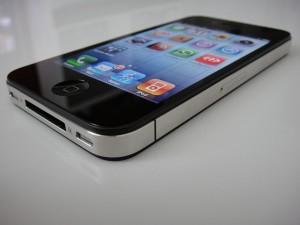 The number of people who own smartphones in the United States is on the rise.

According to comScore, for the three-month average period ending in October 2011, 90 million people in the United States owned smartphones, up 10 percent from the preceding three month period.

With the holiday gift-giving season upon us, followed by post-Christmas sales, this number should continue to increase in the next few months.

People Are Very Attached to Their Smartphones

Smartphone owners rely on their smartphones for a lot of things.

This is according to a study conducted earlier this year by Arbitron and Edison Research, where respondents to their survey were asked, “Suppose you could never watch television again OR you could never use your Apple iPhone/Smartphone again. Which would you be more willing to eliminate from your life?”

Smartphones Are Changing the Way That We Shop

A recent comScore study revealed that at the time it was conducted, 38% of smartphone owners had used their smartphone to make a purchase at least once in the course of their device ownership.

Another recent study conducted by IBM Coremetrics found that more people used mobile devices to research and purchase products on Black Friday 2011 than they did the previous year.

This is due in part to the increase in smartphone ownership among consumers, in general.

However, it is also a result of the increase in awareness and use of the ever-increasing number of apps, social media platforms and ways that that consumers can use the Internet to research, get advice about and purchase products and services via their mobile devices.

This will become more evident as more people abandon their feature phones and make the switch to smartphones.

Therefore, it is also becoming more important that retail stores develop a strategy to help consumers find information about the products that they offer when consumers reach for their mobile devices.